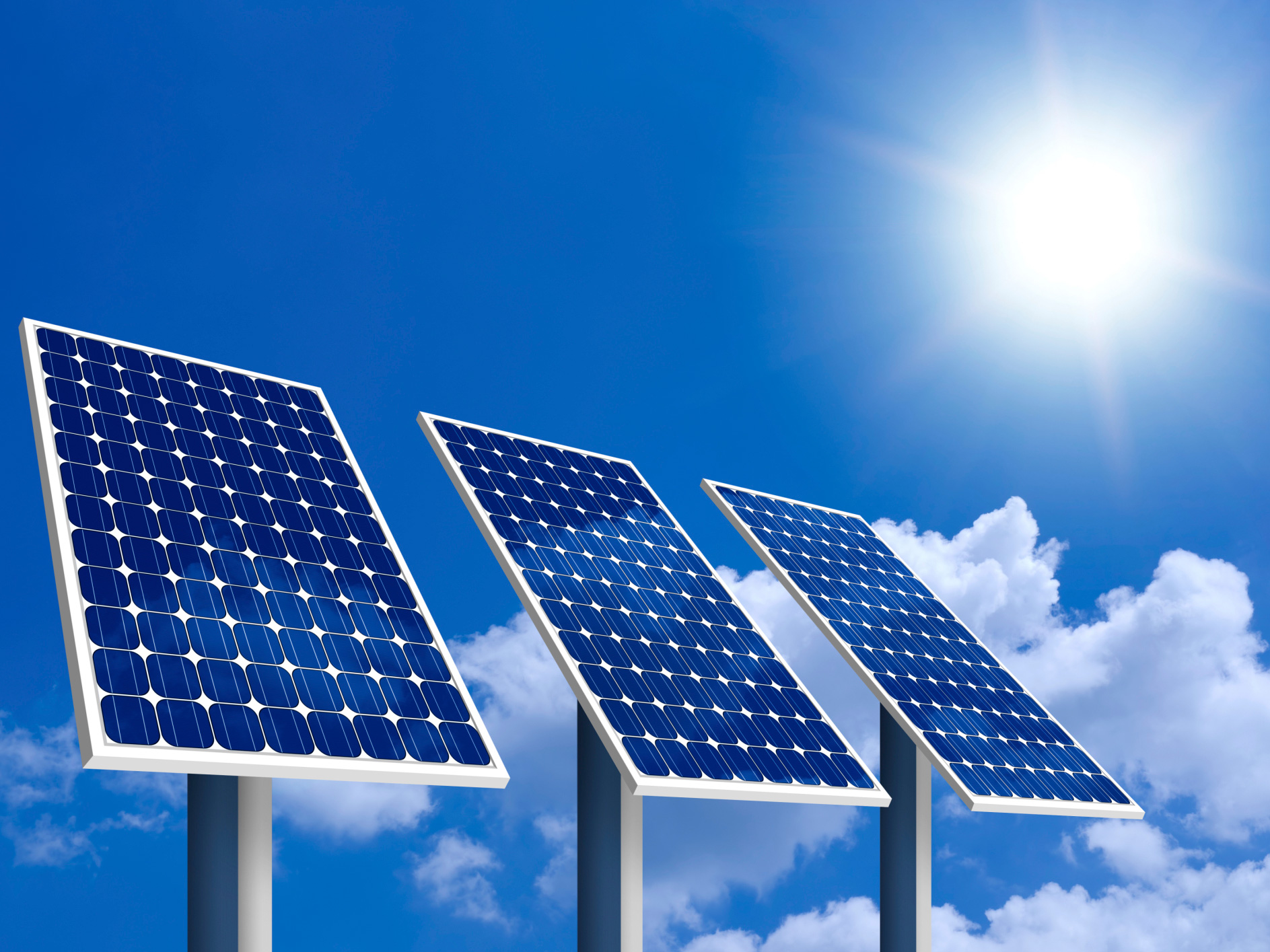 PV panels – We supply only the best quality.

When investing in solar it is extremely important to get the best products. Many suppliers sell inferior products at competitive prices that look exactly the same as the good ones. The difference comes in a couple of years – only then will the difference in quality be noticed. 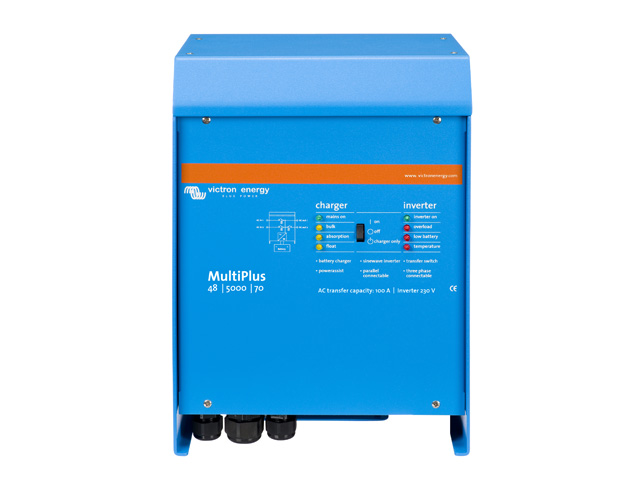 Some inverters sold for use in a solar system are actually intended for use in a different application – resulting in a system that does not operate as intended. For instance, the no-load current draw is very important when designing a solar system, that is the energy consumed by the inverter itself when operating.

Solar designed inverters are designed with a low no-load current draw to ensure the maximum energy is conserved for the designed use, and not consumed by the inverter itself.

The MultiPlus, as the name suggests, is a combined inverter and charger in one elegant package. Its many features include a true sine wave inverter, adaptive charging, hybrid PowerAssist technology, plus multiple system integration features.

The MultiPlus will prevent overload of a limited AC source, such as a generator or shore power connection. First, battery charging will automatically be reduced when otherwise an overload would occur. The second level will boost the output of a generator or shore side supply with power taken from the battery.

In the event of a grid failure, or when shore or generator power is disconnected, the inverter within the Multi is automatically activated and takes over the supply to the connected loads. This happens so fast (less than 20 milliseconds) that computers and other electronic equipment will continue to operate without disruption.

Up to 6 Multis can operate in parallel to achieve higher power output. Three phase or split phase operation is also possible. Please check our datasheets to see which models have paralleling, three phase and split phase capabilities.

Monitor and control your MultiPlus and system or systems’ locally (LAN) or remotely via the internet from anywhere in the world, using the free VRM app and free VRM portal website. Access can be from a phone, tablet, laptop or PC for multiple operating systems. There is no end to the level of control, via the required Color Control GX or Venus GX, from adjusting your MultiPlus to setting a Geofence for hire vehicles and more… 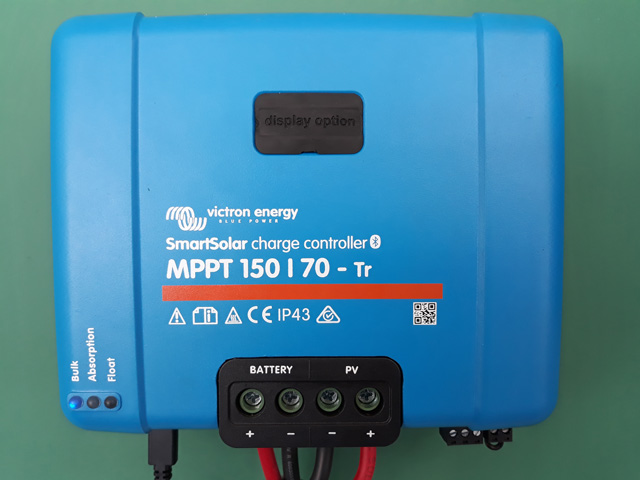 PWM and MPPT charge controllers are both widely used to charge batteries with solar power.

The PWM controller is in essence a switch that connects a solar array to the battery. The result is that the voltage of the array will be pulled down to near that of the battery.

The MPPT controller is more sophisticated (and more expensive): it will adjust its input voltage to harvest the maximum power from the solar array and then transform this power to supply the varying voltage requirement of the battery plus load.

Thus, it essentially decouples the array and battery voltages so that there can be, for example, a 12 volt battery on one side of the MPPT charge controller and panels wired in series to produce 36 volts on the other.

It is generally accepted that MPPT will outperform PWM in a cold to temperate climate, while both controllers will show approximately the same performance in a subtropical to tropical climate.